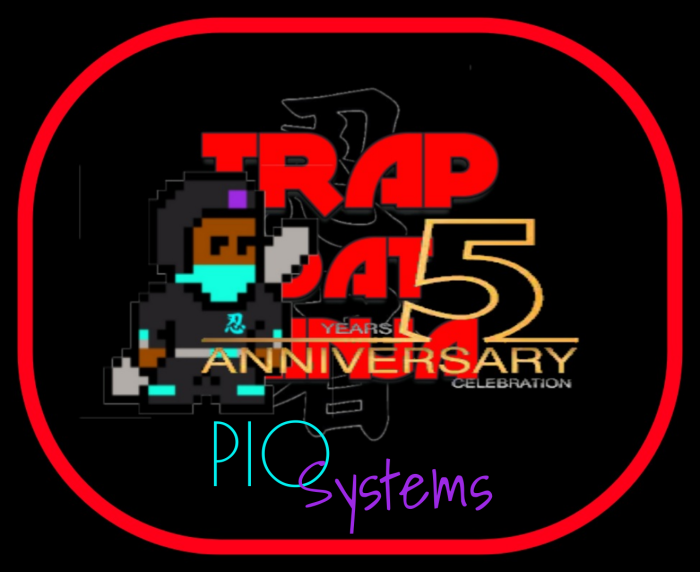 Well the Day is finally here…the 5th Anniversary of the Official Release of the 1st version of ‘Trap Dat Ninja’. Thanks to everyone who Brought, Played and Supported the Game over the years. Who would have thought some silly little Game (which started out as a tech Demo) would bring me to different places, conventions, showcases all over the Country! To States/Cities I’ve never been before, to meeting new people and business contacts.

So hopefully if things ever get back to normal, PIOSystems will continue development on the next Update, Sequel (Trap Dat Ninja 2: The Über Shinobi-Fuu) and other related projects. If not then oh well, it was one helluva ride and at the end of the day, I’ve tried my best. Again Thanks to Everyone who supported ‘Trap Dat Ninja’ and ‘PIOSystems’ over the years!